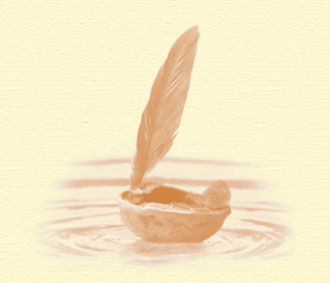 “In every man there is a hidden child which is called the urge to create and he prefers as play things and serious things not the miniature ships, recreated in the minutest detail, but the walnut shell with a bird feather as mast and sail and a pebble as the captain.”

Creating a Foundation for Success in School

The last decade has seen a focus on how quality relationships and rich environments foster brain development in the first five years of life. As more people are accepting this knowledge as fact, the emphasis is shifting towards what we can do, as educators and parents, to help children be ready to succeed in school.

According to the National Education Goals Panel one of the single biggest predictors of positive and productive experiences in school is “a sense of personal well-being, grounded in stable, caring relationships in the early years.” The study goes on to describe some of the competencies that help children be ready to learn:

CONFIDENCE – A sense of control and mastery of one’s body, behavior, and world; a sense that one is more likely than not to succeed; a sense that adults will be helpful.

CURIOSITY – A sense that finding out about things is positive and leads to pleasure.

INTENTIONALITY – A wish and capacity to have an impact, and to act on that with persistence. Clearly related to a sense of competence and being effective.

RELATEDNESS – Able to engage with others based on the sense of being understood by and understanding others.

CAPACITY TO COMMUNICATE – A wish and ability to verbally exchange ideas, feelings and concepts with others. Related to a sense of trust in others and of pleasure in engaging with others, including adults.

COOPERATIVE – Able to balance one’s own needs with those of others.

All of these qualities are important components of self-awareness, which is comprised of several things:

Self-awareness is the foundation for what experts are now referring to as emotional intelligence – “how well we manage ourselves and how well we get along with others.”

Consider the kindergartner who has a genius level IQ, but screams and yells every time another child comes near her toys, or withdraws and sulks when it is not his turn. Compare this to the child with an average IQ who knows how to negotiate, compromise, and interact with a variety of different personalities. Now predict which one will be more successful in school and ultimately in life. All of the intellectual intelligence in the world will not take a child far if he lacks social skills, curiosity, and a drive to succeed. The best indicators of later school competence and life long happiness are:

So what are some of the ways that we can foster this emotional intelligence in our children? One of the first steps is choosing quality childcare and pre-school environments. Ones that emphasize socio-moral development, use non-punitive methods of guidance and give plenty of opportunities for children to experiment, interact and explore, within a safe and loving environment. It may seem counter-intuitive but trying to force children into a classically academic, “ABC’s” and “123’s” environment before they are ready can actually inhibit their development. Until the age of six or seven children are in what Piaget referred to as the sensorimotor and then preoperational stages of cognitive development. This means they learn through their senses and the manipulation of materials, and form ideas based on perceptions. They can only focus on one variable at a time and often will over generalize based on limited experience.

Children in this age group need large blocks of time for uninterrupted free play, and many open-ended activities such as blocks, Legos and other forms of construction; dramatic play, and a variety of sensory and art activities. They need open-ended questions and plenty of time to answer. These activities support children’s cognitive development because they ask them to think. Instead of putting children in the position of being right or wrong, they put them in the position of inquiry, of finding what the possibilities are. They also need plenty of real world experiences to build the foundation for later construction of knowledge. It has been shown that the more children have exposure to a variety of different real world experiences, the more easily they learn to read later.

Unfortunately the trend in America’s schools is to force the elementary educational model onto younger and younger children. There are kindergarten programs that are forsaking playground and recess times to spend more time drilling children on the alphabet. This is happening despite the research showing that this unequivocally does not improve later school performance. It is important that we are advocates for children and educate others about the importance of play in healthy development.

At Joyful Noise Child Development Centers we plan activities that encourage cooperation, experimentation, and communication among children. We do not force children to operate as a large group for long periods of time. Instead we encourage children to let their curiosity and initiative drive them to make choices from a variety of classroom activities. Our teachers act as guides for these explorations, and investigators alongside the children. Our Emergent Curriculum and extensive Projects speak to the children’s individual interests and allow learning within a meaningful context. The children in our centers learn to negotiate, solve problems, and construct their own code of ethics; thereby learning true compassion and developing intrinsically motivated empathy.

Parents who choose such developmentally appropriate environments for their children give them a much greater gift than any phonics lesson can. Combine this with stability, interaction, communication, and love, within the context of firm boundaries, and their children will have the foundations to successful future learning.